Go to the research site page »

Professor, Department of Psychololgy, USC
Member, Board of Directors, Foundation for Psychocultural Research 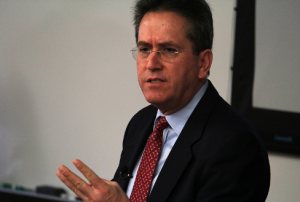 Steven R. López, PhD is a Professor of Psychology and Social Work at the University of Southern California. His research provides a critical cultural perspective to the study of psychopathology, assessment, and intervention of Latinos and other ethnic minority groups. In one line of research, his research team has developed a heuristic model of cultural competence for clinical practice, which, with support from California’s Mental Health Services Act, they are currently testing. In a second line of research, Professor López studies the relationship of family factors and the course of schizophrenia, particularly among Mexican American families. One of their aims is to better understand the role of emotional over involvement and its relationship to relapse. In collaboration with Dr. Carmen Lara in Puebla, Mexico and Dr. Alex Kopelowicz at UCLA, Dr. López has also developed a public education campaign to help Spanish speaking family members recognize the key signs of psychosis so that they will be able to seek services promptly. With support from the National Institute of Minority Health and Health Disparities, Dr. López and Dr. Lara direct a summer research-training program in Puebla, Mexico. Among the goals is to increase the number of researchers committed to studying disparities in mental health care for Latinos in the United States.

Alex L. Kopelowicz, MD, is is Professor and Vice-Chair in the Department of Psychiatry and Biobehavioral Sciences, David Geffen School of Medicine at UCLA, Medical Director of the San Fernando Mental Health Center (SFMHC), a community mental health center operated by the Department of Mental Health of Los Angeles County and Chief of Psychiatry at Olive View-UCLA Medical Center. Dr. Kopelowicz has been a frequent lecturer on biobehavioral treatment and psychiatric rehabilitation techniques. He has written over 100 articles and book chapters on these subjects.

William Vega, PhD, holds USC appointments in social work, preventive medicine, psychiatry and family medicine. He is also emeritus professor at the University of California, Berkeley and co-directs the Network for Multicultural Research on Health and Healthcare at UCLA.

An elected member of the Institute of Medicine, Vega has conducted community and clinical research projects on health, mental health and substance abuse throughout the United States and Latin America. His specialty is multi-cultural epidemiologic and services research with adolescents and adults — work that has been funded by multiple public and private sources. He has published more than 170 articles and chapters, in addition to several books. The 2006 ISI Web of Science listed him in the top half of 1 percent of the most highly cited researchers worldwide in social science literature over the past 20 years.

Prior to joining the Roybal Institute, Vega was director of the Luskin Center on Innovation at UCLA. In 2002, he received the Society for Prevention Research’s Community, Culture and Prevention Science Award and the National Hispanic Science Network on Drug Abuse’s National Award of Excellence in Research by a Senior Scientist.

Vega has served on numerous boards and task forces, including health disparities work groups of the National Institutes of Health, the U.S. Attorney General’s Task Force on Methamphetamine, the Institute of Medicine Board on Population Health, the Committee on Post-Traumatic Stress Disorder Treatment Effectiveness and the Institute of Medicine Health Disparities Roundtable. He is also a member of the National Institutes of Health Fogarty International Center and the Robert Wood Johnson Foundation Scholars in Health Policy Research advisory committees.

Concepcion Barrio, PhD, LCSW, Associate Professor, School of Social Work, University of Southern California. Her research has focused on the study of ethnocultural factors in severe mental illness and the cultural relevance of community rehabilitative services. She has served as principal investigator on three NIMH grants and currently serves as the principal investigator of the Latino Studies Unit for the NIMH Advanced Center for Interventions and Services Research at UCSD. Dr. Barrio’s primary research focuses on the development of a culturally-based family intervention for Latinos dealing with schizophrenia.

Carrie E. Bearden, PhD, is Associate Professor in the Departments of Psychiatry and Biobehavioral Sciences and Psychology at UCLA. Her research focus is on the identification of underlying genetic and biological vulnerability markers, or endophenotypes, for psychosis and mood disorder. Dr. Bearden has been using converging methodologies to study clinical high-risk samples and highly penetrant ‘genetic subtypes’ of these diseases (e.g, population isolates). She joined the UCLA faculty in 2003, and in 2005 obtained a K23 Career Development Award to obtain specialized training in genetic methodologies. Currently she co-directs the Neurogenetics track for the Neuroscience Interdepartmental PhD program and also serves as Director of the Prodromal Core in the Staglin Music Festival Center for the Assessment and Prevention of Prodromal States (CAPPS).

Robert Bilder is currently the Michael E. Tennenbaum Family Professor of Psychiatry & Biobehavioral Sciences, David Geffen School of Medicine, and Professor of Psychology, College of Letters and Science; Chief of Medical Psychology – Neuropsychology and Director of the Tennenbaum Center for the Biology of Creativity in the Jane & Terry Semel Institute for Neuroscience and Human Behavior.

His current research focuses on transdisciplinary and translational research. He directs the Consortium for Neuropsychiatric Phenomics (CNP) which aims to understand neuropsychological phenotypes on a genome-wide scale through a combination of human research, basic research, and informatics strategies (the CNP is one of nine NIH Roadmap interdisciplinary research consortia across all biomedicine; see www.phenomics.ucla.edu). Dr. Bilder also directs the Tennenbaum Center for the Biology of Creativity; is Co-Director of an NIMH-sponsored Center for Intervention Development and Applied Research focusing on translational research to enhance cognitive control; and is Co-Director of a new NCRR-sponsored Integrative Phenotyping Center for Neuropsychiatry at UCLA. Dr. Bilder also directs the Medical Psychology Assessment Center (a training clinic for neuropsychological and psychodiagnostic assessment) and the UCLA-Semel Institute Postdoctoral Training Program in Neuropsychology. 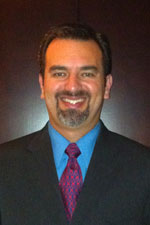 Xavier Cagigas, PhD, is Director of the Cultural Neuropsychology Initiative (CNI) and Health Sciences Assistant Clinical Professor, Department of Psychiatry and Biobehavioral Sciences, at UCLA. The CNI consists of three components:  the Culture and Neurocognition Assessment Service, providing bilingual and bicultural neuropsychological and psychodiagnostic assessments for a variety of neurological and psychiatric patients within the Los Angeles Community; a training program designed to produce the next generation of culturally and linguistically competent clinical and research neuropsychologists; and an emerging research program seeking to study historically underrepresented populations within a culturally inclusive neurocognitive research model.  Dr. Cagigas initially trained as a clinical neuropsychologist at the University of California, San Diego, before coming to UCLA where he completed his clinical internship in Neuropsychology and Exceptional Abilities, postdoctoral research fellowship in Neurobehavioral Genetics, and eventually received a faculty appointment in the Department of Psychiatry and Biobehavioral Sciences within the David Geffen School of Medicine.  He is also an active investigator within the Consortium for Neuropsychiatric Phenomics (CNP), a transdisciplinary research team charged with addressing major unsolved challenges in research on neuropsychiatric disorders through the systematic study of phenotypes on a genome-wide scale by integrating basic, clinical, and information sciences.  Dr. Cagigas has previously received funding from NINDS, NIMH, and most recently from FPR.  His current research interests examine the neurocognitive correlates of bilingualism and other cultural variables within psychosis, healthy community members, and neurosurgical populations.

Mary Helen Immordino-Yang, Ed.D. is an affective neuroscientist and human development psychologist who studies the neural, psychophysiological and psychological bases of social emotion, self-awareness and culture and their implications for development and schools. She is an Assistant Professor of Education at the Rossier School of Education, an Assistant Professor of Psychology at the Brain and Creativity Institute, and a member of the Neuroscience Graduate Program Faculty at the University of Southern California. She was formerly a postdoctoral fellow at USC under the mentorship of Robert Rueda and Antonio Damasio.

Immordino-Yang has an NSF CAREER award and is the inaugural recipient of the Award for Transforming Education through Neuroscience. She and her co-authors received the 2010 Cozzarelli Prize from the U.S. National Academy of Sciences for the most distinguished paper of the year in the behavioral and social sciences category, for the paper, “Neural correlates of admiration and compassion.” PNAS, 106(19), 8021-8026. In 2011 she was named a “Rising Star” by the Association for Psychological Science, and received a Commendation from the County of Los Angeles for commitment to translational research in neuroscience and education. In 2012 she received an honor coin from the U.S. ARMY for educational contributions toward supporting soldiers’ development of cultural literacy and compassion.

Immordino-Yang is the Associate Editor for North America for the award-winning journal Mind, Brain and Education. She is on the editorial boards of the Journal of Experimental Psychology: General and Culture and Brain. She was elected to the governing board of the International Mind, Brain and Education Society, and serves on multiple school/educational advisory boards, among them Long Trail School (in VT), the Ross School Innovation Lab: Science, Math and Engineering Academy (in NY), and the University of New Mexico Family Development Program. She has served as a scientific mentor/adviser to several Los Angeles schools/districts, among them Troy High School, Marlboro School, Manhattan Beach Schools and Milken Academy. In 2012 she is launching a collaborative research project with ABC Unified School District, Cerritos College, Rowland Unified School District, and Huntington Park High School.

A former junior high school teacher, Immordino-Yang earned her doctorate at the Harvard University Graduate School of Education, where she was the recipient of grants from the Spencer Foundation and the American Association of University Women Educational Foundation. She lectures nationally and abroad on the neural and psychosocial implications of brain and cognitive science research for curriculum and pedagogy. She is the content director for a new online, free course for teachers on learning and the brain, funded by the Annenberg Media Foundation: www.learner.org/courses/neuroscience