You are here: Home / About / Directory / Robert Lemelson

Founder and President, The Foundation for Psychocultural Research 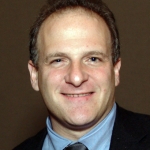 Robert Lemelson, PhD, is an anthropologist and documentary film maker who received his MA from the University of Chicago and his doctoral degree from the University of California, Los Angeles (UCLA). He serves as a research anthropologist at the Semel Institute for Neuroscience and Human Behavior at UCLA, and as an adjunct assistant professor in the Department of Anthropology at UCLA.

As an anthropologist and documentary film maker, Dr. Lemelson’s work centers on culture, personal experience, and mental illness in Indonesia and in the United States. He has been creating documentary films in Indonesia since 1997, focusing on the relationship between culture and disorders including obsessive-compulsive disorder, posttraumatic stress disorder (PTSD), schizophrenia, and Tourette’s syndrome. In 2007 he founded Elemental Productions, an ethnographic documentary film production company.

In addition, Dr. Lemelson is the founder and president of the Foundation for Psychocultural Research, a non-profit foundation supporting research and training in neuroscience and the social sciences. He also serves as a director of the Lemelson Foundation, promoting innovation of socially beneficial and sustainable technologies to meet basic human needs in countries around the world.