Culture & Disability: Autism Spectrum Disorder in India and the US

You are here: Home / Research & Field Sites / Culture & Disability: Autism Spectrum Disorder in India and the U...
PreviousNext
1234567

Autism Spectrum Disorder in India and the US

Learn more about our Pre-Conference Workshop on Research Methods in Autism and Developmental Disabilities, which was featured at the South Asia International Autism Conference 2015.

Read our new paper in Social Science & Medicine: “Adults with Autism in India: A Mixed-Method Approach to Make Meaning of Daily Routines”

Read The Relevance of ‘RealWorld Evaluation’ to Autism Research, presented at the International Society for Autism Research (INSAR) annual meeting (IMFAR) on 2–4 May 2013 in Spain.

Read an abstract of our invited paper on Effectiveness of an Acceptance and Empowerment Based Parent Training Model: Evidence from a Community-Based Intervention in India, presented during an educational symposium at the same meeting.

Click here to read an abstract of a paper presented at the 2013 Biennial Meeting of the Society for Psychological Anthropology in San Diego on Sunday, April 7 (“Parenting a Child with Autism in India: Observations from a Parent-Child Training Program”).

Read an abstract of a poster, Indian Parent-Child Training Program Empowers Parents of Children with ASD, presented on Thursday, April 18, at the Society for Research in Child Development (SRCD) biennial meeting in Washington, DC  (April 18–20, 2013).

Meet More Members of  Our Team! 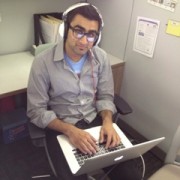 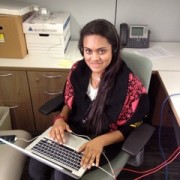 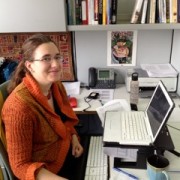 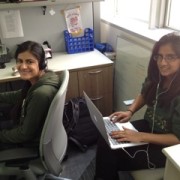