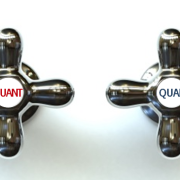 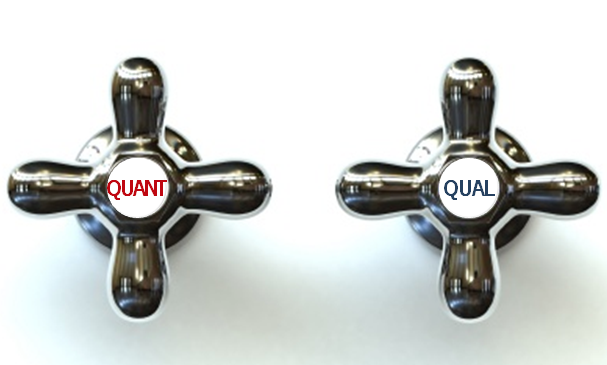 In May 2012 I attended the 10th reunion of the the FPR-UCLA Center for Culture, Brain, and Development, which was founded in 2002 to foster interdisciplinary research and training at the graduate and postdoctoral level at the intersection of culture, social environment, and human brain development. The meeting  included CBD alumni and current trainees as well as CBD faculty, including Mirella Dapretto (Neuroscience), Patricia Greenfield (Developmental Psychology), John Schumann (Applied Linguistics), and Tom Weisner (Anthropology). Below is a repost of a summary I wrote after the meeting.

Eighteen creative young social scientists shared experiences and insights, as well as the latest data and observations from ongoing research projects involving mixed methods. Particularly notable over the course of two days was the frequency with which CBDers described how the program has contributed to both a broader and deeper grasp of research topics and issues and a concrete set of skills (in, e.g., qualitative ethnographic research, quantitative/statistical analysis, measuring biomarkers, and performing imaging studies) that has enhanced their understanding and opened doors to participating in collaborative interdisciplinary projects in a variety of research settings around the world.

But the group also discussed the realities of interdisciplinary research – the complexity of integrating levels of analysis (particularly brain research) and the technologies involved, difficulties publishing interdisciplinary work or obtaining funding for research projects, and current job market prospects for interdisciplinary academics. The meeting ended with a resolution to create more space and opportunities for past and present trainees to both advance and promote their work to others as well as to communicate with and support one another given that boundaries between disciplines like psychology, anthropology, and neuroscience are likely to recede even further over the next decade.

The CBD program has not only benefited students in terms of exposing them to interdisciplinary research training, but also UCLA faculty, said MirellaDapretto, CBD director, in her opening remarks. “I can say that I would not have collaborated with some of my colleagues here at UCLA had it not been for the students who brought CBD faculty together,” as well as the opportunity of attending CBD events and teaching the interdisciplinary seminar. CBD has offered its trainees many unique benefits, she continued, including mentoring by faculty members from different disciplines, the gift of time in terms of not having to TA “every single quarter,” and research awards, which have allowed students to travel to different field sites, to perform imaging studies, and to conduct many kinds of quantitative and qualitative research. None of this would have been possible, Dr. Dapretto ended, without the vision of FPR founder, UCLA anthropologist, and documentary filmmaker Robert Lemelson.

Patricia Greenfield also extended a warm welcome to the former and current trainees “who represent all five of our participating PHD programs – anthropology, neuroscience, applied linguistics, education, and developmental and clinical psychology.” Students working with an interdisciplinary team of mentors “have created not one paradigm but many creative paradigms for investigating multiple intersections of culture, brain, and human development.” She said that “because of CBD we’ve had psychology students going into the field in Mexico, Burma, and Korea. We’ve had anthropology students doing child development research, we’ve had applied linguistics and education students doing neuroscience research; and neuroscience students doing cross-cultural and developmental research. Without CBD and FPR this would never have happened.” CBD alums are “all over the world,” she continued, “from Paris, Singapore, Jerusalem and Germany to Michigan, Berkeley, Hawaii, Carnegie Mellon, Delaware, UCLA, USC, and the Cal State system.”

Dr. Greenfield described CBDers as “leading the way in developing new research and new theoretical paradigms” along with fellow students and alumni of similar programs at Emory University (biocultural anthropologist Ryan Brown and neuroanthropologist Daniel Lende are alumni), University of Michigan’s Center for Culture, Mind, and Brain (several CBDers have attended Shinobu Kitayama’s Summer Institute in Cultural Neuroscience) and McGill University’s Division of Social and Transcultural Psychiatry, where social neuroscientist Suparna Choudhury of McGill, who is co-founder of an interdisciplinary project on cultural neuroscience, was a postdoc.

After a brief introduction by FPR board member Steve Lopez, human development psychologist and affective neuroscientist Mary Helen Immordino–Yang of USC gave a stimulating keynote presentation (“Embodied brains, social minds: Neurobiological correlates of emotion experience in Beijing and Los Angeles”) that exemplified the kind of mixed-methods, cross-cultural comparative and experience-near research that is being nourished by the FPR and the CBD programs. The data included physiological correlates, imaging studies, and interviews that are sensitive to contextual effects and personal experiences, all related to the processing of emotions. Then, from mid-morning to mid-afternoon, CBD alumni and students gave brief (8 minute) overviews of their work and, frequently, some overall perceptions of the training program.

The themes of of work by current grad students and alums included caregiving practices, language, and social and emotional development from a cross-cultural comparative perspective that brought several different strands of research together.

For example, former CBD postdoc Monika Abels (now a postdoctoral researcher at Max Planck Institute for Ornithology) described her research on culture and nonverbal communication between infants and caregivers in India and Germany, including the relationship between socioeconomic status and social communication, using a variety of methods – observations, videos, interviews, questionnaires, as well as early social communication scales.

Others’ work focused on atypical development. Kristen Gillespie–Lynch (College of Staten Island), explored the relationship between deficits in early responsiveness to social stimuli like joint attention and autism. In addition she studied the relationship (and tensions) between two emerging “cultures” of autism: one centered around the “medical model,” the other around the neurodiversity movement.

CBD alum/cultural developmental psychologist Adriana Manago, who accepted a tenure-track position at Western Washington University, described her mixed method research on gender and sexual socialization, for example, how cultural changes have shifted gender and sexual development in the US and Chiapas, Mexico.

The last session of the day featured two documentary films by psychological anthropologist Robert Lemelson, who has amassed an extraordinarily rich body of ethnographic film work on culture, development, and mental illness that focuses on the same individuals and families living with psychological trauma, psychotic disorder, depressive illness, grief, and gender-based and political violence over the course of several years.

The first film, “Ngaben: Emotion and Restraint in a Balinese Heart,” which was shot in three days, captures the dark currents of a son’s grief and feelings of regret that underlie his participation in a colorful and festive ngaben, or Balinese cremation ceremony, which is being conducted in his father’s honor. The second film, “Standing on the Edge of a Thorn,” follows a family in rural Indonesia over ten years (mostly from the perspective of the couple’s young daughter), as they struggle with poverty, mental illness, and severe social stigma stemming from the couple’s unmarried status and the wife’s participation in the sex trade. The films provided a basis for a wonderful discussion, which ranged from the technical and ethical aspects of ethnographic filmmaking to morality, suffering, and the importance of recognizing the full complexity of persons and the porous boundaries between persons outside laboratory settings.

The group reconvened Saturday morning for a panel on interdisciplinary research and professional development. CBD and UCLA have led the way in terms of institutionalizing a method of doing interdisciplinary research compared to other universities, according to David Frederick and other CBD alums. The program has the advantage of teaching students mixed methods, a skill set that Tom Weisner predicted will be in much demand during the next decade. It also gives trainees a “bird’s eye view” of a particular research topic or theme. CBD additionally offers trainees the possibility of interacting with a wide mix of students and faculty and creating projects they otherwise could not have undertaken. Another advantage Steve Lopez pointed out is that the novel insights which emerge from this kind of experimentally rigorous, interdisciplinary research frequently serve to advance knowledge or otherwise benefit the “home discipline,” in which case disciplinary–interdisciplinary research may be best viewed as a continuum, he added. And in fact some of the most compelling work we heard about the day before illustrated how different factors that emerge at different levels of analysis interrelate.

But the group also discussed some common predicaments that seem to revolve around the fact that quite frequently different disciplines (or subdisciplines) aren’t mutually intelligible. (But as, Tom Weisner wrote in a post for Anthropology News, the lingua franca is understanding each other’s methods and research designs – rigorous training at the graduate level in mixed methods can achieve fluency in a second and even third language.) Many agreed that while it is possible to publish interdisciplinary studies in mainstream journals (as long as you “understand the concerns of a particular discipline and position your paper accordingly”) it is much harder to get funding, particularly from the government and particularly given the difficulty of operationalizing culture for grant submissions. (Tom Weisner suggested coming up with “two, three, or four features that should be included in any attempt to invoke culture as part of a mental health study” rather than one all-purpose definition.)

Overall, the consensus appeared to be that trainees should be able to leave CBD and related programs with (1) a well honed set of skills (as Dr. Dapretto observed, it’s important to make interdisciplinarity a “glaring strength” on CVs); (2) a good knowledge of or even relationship with other centers doing cross-cultural research (making this even more of a collective process); (3) a good understanding of where this research can be published, including developing relationships with journal editors, colleagues who serve on editorial boards, and colleagues to suggest as reviewers. (As DonFavareau noted, “until interdisciplinarity gets a foothold in publishing, young researchers in particular will be at a disadvantage by pursuing it.” On the other hand, as Tom Weisner noted, editors in particular are under pressure to increase impact factors, and frequently the most downloaded papers are those that have a “broader constituency”); and finally (4) a solid funding strategy (again, this requires ongoing efforts to “educate” funding agencies about the benefits of interdisciplinary research).

An immediate outlet for this group is the newly launched open access Brain and Behavior journal, which is published by Wiley Open Access (CBD alum Kristin McNealy is managing editor). As one of the participants remarked, the journal, which is open to empirical and theoretical articles linking brain and behavior to cultural and social environment, is (like CBD) clearly “the wave of the future.”

DSM-5 and Culture: A Significant Advance