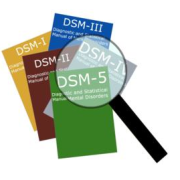 [A]ll forms of distress are locally shaped, including the DSM disorders.

The fifth edition of the Diagnostic and Statistical Manual of Mental Disorders  (DSM-5; APA, 2013) was finally presented on May 18th at the American Psychiatric Association’s annual meeting in San Francisco. Much ink has been spilled in the media about the ten-year process leading up to last month’s unveiling. But there has been virtually no mention of the fact the DSM-5 is a vast improvement in its treatment of culture. It reflects a much more inclusive description of the range of psychopathology across the globe, not just the particular constructs or exemplars most commonly encountered in the US, Western Europe, and Canada. I think the cultural component of DSM-5 has the makings of a model on which subsequent versions of the manual should be based.

What follows is a summary of a few talks that were given at the annual meeting of the Society for the Study of Psychiatry and Culture on May 3–5 in Toronto outlining the changes.

According to cultural psychiatrist Roberto Lewis-Fernández (Columbia University), “including information on cultural concepts of distress in DSM-5 will enhance the validity and clinical usefulness of diagnostic practice” across the board. Lewis-Fernández began his talk by briefly describing the limitations of DSM-IV-TR, which listed twenty-five “culture-bound syndromes” in an appendix. The use of the term “culture-bound” made these conditions appear highly localized and confined, a cabinet of curiosities. The list was also heterogeneous, Lewis-Fernández continued, some “syndromes,” including nervios, seemed to represent specific situational predicaments, or variations in the way people express their distress, rather than coherent collections of symptoms. Other expressions, such as ataque de nervios, are syndromic, but do not always represent psychopathology. Still others (like shenjing shuairuo or ‘neurasthenia’) appeared to be a cover term for several common, but seemingly unrelated, human ailments (e.g., fatigue, dizziness, headache, GI problems, sexual dysfunction, excitability); another group of conditions simply defied DSM categorization, such as mal de ojo (‘evil eye’).

Under the direction of Kimberly Yonkers and Lewis-Fernández, chair and co-chair respectively of the Gender and Cross-Cultural Issues Study Group, DSM-5 is a vast improvement. The new volume is divided into three sections – Section 1: Introduction (“DSM-5 Basics”); Section II: “Diagnostic Criteria and Codes”; Section III: “Emerging Measures and Models” – and an Appendix, which includes a “Glossary of Cultural Concepts of Distress.” Section III includes a chapter on cultural formulation, featuring an updated version of the outline introduced in DSM-IV as well as an approach to assessment, using the Cultural Formulation Interview (CFI). The chapter also includes a section discussing “Cultural Concepts of Distress” (pp. 758–759).

As Lewis-Fernández explained, the notion of “culture-bound syndromes” has been replaced by three concepts: (1) cultural syndromes: “clusters of symptoms and attributions that tend to co-occur among individuals in specific cultural groups, communities, or contexts . . . that are recognized locally as coherent patterns of experience” (p. 758); (2) cultural idioms of distress: “ways of expressing distress that may not involve specific symptoms or syndromes, but that provide collective, shared ways of experiencing and talking about personal or social concerns” (p. 758); and (3) cultural explanations of distress or perceived causes: “labels, attributions, or features of an explanatory model that indicate culturally recognized meaning or etiology for symptoms, illness, or distress” (p. 758).

Lewis-Fernández used depression as an example of a cultural concept. For western clinicians, major depressive disorder (MDD) can be considered a “syndrome,” or cluster of symptoms that appear to “hang together.” But depression can also be considered an “idiom of distress,” in the sense that westerners commonly talk of feeling depressed in everyday life. Finally, the label depression can imbue a set of behaviors with a particular meaning. No single concept maps onto a specific psychiatric disorder, and, conversely, no single psychiatric disorder (e.g., MDD) maps onto a cultural concept (e.g., nervios). In all, the glossary lists nine of  “the best-studied concepts of distress around the world” – ataque de nervios (‘attack of nerves’), dhat syndrome (‘semen loss’), khyâl cap (‘wind attack’), kufingisisa (‘thinking too much’), maladi moun (lit. ‘human caused illness’), nervios (‘nerves’), shenjing shuairuo (re-glossed as ‘weakness of the nervous system’), susto (‘fright’), and taijin kyofusho (‘interpersonal fear disorder’).

In practice, according to Lewis-Fernández, “each illness has to be assessed in its own right” and both the practitioner’s expertise and epistemological assumptions and the individual’s understanding of the illness should apply. That is, the clinician must not only draw from diagnostic experience, available categories of illness, and the various dimensions along which aspects of the illness may range, but also recognize and try to understand each individual’s anomalous experience. Furthermore, he said that nosology “has to be constantly evolving” due to “cultural variation over time in the way that psychopathological experiences are constructed.” But the information provided throughout DSM-5, and particularly in the cultural formulation chapter should help practitioners avoid misdiagnosis, obtain clinically useful information, improve clinical rapport and therapeutic efficacy, guide research, and clarify cultural epidemiology.

Lewis-Fernández sketched the structure of the Cultural Formulation Interview (CFI), which is also included in Section III. The CFI is a semi-structured interview composed of 16 questions that focuses on individual experience and social context (the objective is to assess cultural factors using a person-centered approach). The text is divided into two columns, with questions on the right and instructions on the left. Two versions are available, one for the individual and one for an informant, such as a family member or caregiver. (The interviews are available online at psychiatry.org/dsm5.) There are also 12 Supplementary Modules to the CFI, which provide additional questions to flesh out domains assessed briefly in the 16-item CFI (e.g., cultural identity) as well as questions that can be used during the cultural assessment of particular groups, such as children and adolescents, older adults, immigrants and refugees, and caregivers.

Lewis-Fernández also described how the glossary works using ataque de nervios as an example. Briefly, ataque is a syndrome characterized by “intense emotional upset, including acute anxiety, anger, or grief; screaming and shouting uncontrollably; attacks of crying; trembling; heat in the chest rising into the head; and becoming verbally and physically aggressive,” or otherwise feeling out of control (p. 833). (Ataque, like depression, also qualifies as an idiom of distress and an explanation.) The entry in the glossary cross-references related conditions in other cultural contexts and in the main text of DSM-5 (e.g., panic disorder). Conversely, a section in the entry under “panic disorder” in Section II of the volume (“Culture-Related Diagnostic Issues,” pp. 211–212) describes ataque and refers the reader to the glossary. In this way, clinicians are alerted to culture-related features of DSM prototypes in the main text and in more detail in the glossary. The cross-referencing, absent in DSM-IV, should enhance the ability of the clinician to diagnose syndromes in an appropriate cultural context.

In closing, Lewis-Fernández said that further research must continue to improve the international applicability of DSM by exploring the range of cultural variation (such as the nine examples provided in the glossary) and making revisions. The objective is that DSM-5 and subsequent versions reflect a more inclusive description of the range of psychopathology across the globe, not just the particular constructs or exemplars most commonly encountered in the US, Western Europe, and Canada.

In the next talk, psychiatrist-anthropologist Devon Hinton (Harvard Medical School) discussed the glossary in more detail, using khyâl cup (‘wind attack’) as an example. He began by saying that the purpose of the “thick, more detailed” descriptions in the glossary is to increase the effectiveness of assessment by encouraging greater consideration of cultural concepts of distress and their role in understanding how something akin to, e.g., “panic disorder” might be expressed, understood, and treated in particular settings. For instance, he continued, work on khyâl indicates that an episode can generate catastrophic cognitions about panic attack symptoms that create pernicious feedback loops, which have to be addressed. (Similarly, the dissociation frequently experienced during an initial ataque may lead to more dissociative episodes in response to stress.) The entries in the glossary “are not just distractions but key parts of local ontologies that need to be evaluated.” In other words, thinking through the three concepts or dimensions (cultural syndrome, cultural idiom of distress, and cultural explanation) is clinically useful for a “rich” diagnosis (Parnas & Gallagher, forthcoming).

A khyâl attack is a syndrome found among Cambodians. Symptoms include palpitations, dizziness, shortness of breath, and neck soreness, the triggers for which might be worry, fright, standing up, riding in a car, or going into a crowded area. The attack also includes catastrophic cognitions related to the symptoms that create pernicious loops (fear of the symptoms amplifies the symptoms and consequently the fear). The point, according to Hinton, is that khyâl attacks are not just labels; more generally, cultural syndromes are “key ways in which realities (the body, social worlds) are experienced, and they profoundly shape how anxiety and other disorders play out in particular contexts.”

It is important to note that these attacks include other co-occurring symptoms that “you don’t usually see in Americans with panic attacks, or we don’t ask about at least, such as soreness of the joints, neck soreness, tinnitus, and also headache and a feeling of being out of energy.” In part this is because, according to the Cambodian understanding of the physiology underlying an attack, khyâl (a windlike substance that flows along with blood throughout the body) is suddenly flowing up toward the heart, lungs, and neck. The lack of downward flow of khyâl and blood causes hands and feet to grow cold, and possibly stroke; and as the khyâl and blood flow upward, they may potentially stop the heart or burst the neck vessels before the khyâl exits from ears or eyes (which causes the related tinnitus or blurry vision). A khyâl attack can be mild, moderate, or severe. Degree of severity is determined during the course of treatment, typically coining (the streaks can range from light red to a more serious dark purple). The coining is also a way to remove blockages and restore the flow of khyâl and blood; it can create a warming effect, which is considered curative because it means khyâl is travelling out through the streaks left by the edge of the coin on the skin.

Hinton’s final point was that every symptom that clinicians might associate with an anxiety attack is “read according to the local ethnophysiology of khyâl.” As one example, fear of khyâl overload makes Cambodians hyper-vigilant to any sensation they may feel on standing, especially if they haven’t slept at night or haven’t been eating well, he added, “so you can see how these panic cycles can happen.”

One comment at the close of the session by cultural psychiatrist Laurence Kirmayer particularly resonates: The DSM-5’s cultural revisions challenge “the fundamental logic of psychiatric nosology”– i.e., “describing problems located inside peoples’ heads” – which is at odds not only with the fact that “when we start talking about languages and suffering . . . we are embedded in social networks and interpersonal relations and local worlds,” but with new work in social and cultural neuroscience and social genomics that illuminates how social factors, like childhood adversity, social isolation, migration, and stigma, affect mental health and illness.

The cultural aspect of DSM-5 signifies a richer diagnosis for people “living under the description of” a psychiatric disorder, in the words of Emily Martin. And, as Roberto Lewis-Fernández and Devon Hinton’s work on ataque de nervios and khyâl has shown, identifying the right cluster has major implications in terms of helping to elucidate the complex interactions of mechanisms  – physiological, psychological, and social – and their various feedback loops.