[This interview is cross-posted at somatosphere.net and the fpr blog.] 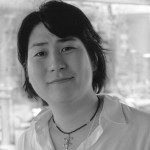 Karen Nakamura is Associate Professor of Anthropology and East Asian Studies at Yale University. A cultural and visual anthropologist, her research focuses on disability and minority social movements in contemporary Japan. Her ethnography about sign language, identity, and deaf social movements, Deaf in Japan, was published by Cornell University Press in 2006. More recently, Nakamura has been engaged in a new project on the comparative politics of severe physical and psychiatric disabilities in the United States and Japan. While her main focus is disabilities and minorities, she also works on issues surrounding gender and sexuality.

Below, Nakamura discusses her new book, A Disability of the Soul, also published by Cornell University Press just this month.  It is a fascinating portrait of Bethel, a community of schizophrenics living in Northern Japan. Chapters of the book alternate between profiles of Bethel members, and such topics as the history of psychiatry in Japan, Bethel’s founding, the role of religion, and the attending psychiatrist and his philosophy of treatment. Nakamura also produced two documentary films that accompany the book, one of daily life at Bethel, and the other of the funeral of one member. She describes her experience living at Bethel while researching her book and films – including how she prepared to live in the environment; her methods of observation; how doctors, staff, and patients themselves manage schizophrenia; how that compares with treatment in the West; concepts of “giving up hope” and “a life in decline,” and how her work at Bethel changed her.

KAF/FPR: How did you prepare to immerse yourself in the Bethel environment?

KN: The position of an ethnographer can be ambiguous, especially in clinical settings. We’re not patients/members/clients/family members and we aren’t staff/clinicians/nurses, although we mix with people in all of those categories. Because of our own educational backgrounds, it’s often easiest for anthropologists to focus mostly on interactions with professional staff. From the beginning, I wanted my project to approach Bethel from the ground up, from the perspective of the members rather than the staff.

One of the things that I didn’t do before going to Bethel was read a lot of clinical manuals. While I knew about the basic contours of schizophrenia (hallucinations, delusions, flattened affect, etc.) and the other mental illnesses that the Bethel members have, I didn’t want to consciously or unconsciously try to diagnose them.

While I went over to the doctor’s house from time to time, and spent a good amount of time with Mr. Ikuyoshi Mukaiyachi, a social worker at Bethel, my main interaction on a daily basis was with the Bethel members. I tried to adjust my own daily rhythm to theirs.

KAF/FPR: How does your book differ from other ethnographies about people living with mental illness?

KAF/FPR: Was there any resistance to your being a “participant observer” at first? If so, how did you overcome it?

KN: No, although I also avoided some of the people who had long been the focus of attention and were most probably quite tired of outsiders. For example, Kiyoshi Hayasaka, a Bethel member (OK to identify him that way? yes) wasn’t interested in yet another retelling of his life story, and didn’t necessarily want an anthropologist always hanging around waiting for the next sound bite. We’re good friends, but I think that was because I backed off of the participant/observation role and just related to him as a person.

KAF/FPR: Let’s talk about your interviewing and observation methods – if and how you modified them. Did you alter your usual way of working for this community?

KN: My first book, Deaf in Japan, looked at a social-movement organization and the social history of the deaf civil rights movement in Japan. I spent most of the time in the headquarters of the Japanese Federation for the Deaf in Tokyo or at their regular meetings.

A Disability of the Soul is really more of a community study. The town of Urakawa is quite small, so I would wander around (much like Bethel members), going to events or workshops, stopping by people’s homes.

KAF/FPR: In your book you explain that the goal for people with schizophrenia at Bethel is to accept their condition and to learn to live with it. How does this differ from current treatment elsewhere in Japan today and in the past?

NK: For most people with schizophrenia in Japan, the diagnosis of schizophrenia means a life sentence in the psychiatric ward of a hospital or secluded at home. Life is permanently interrupted for them as they occupy what sociologists call the ‘sick role’ — passively accepting their diagnosis and treatment, remaining optimistic about their prognosis, willing to give up other social roles, etc. The Bethel philosophy is to try to recover their social lives by working again, recreating social bonds, creating families, etc. There is no cure for schizophrenia, only medications that can dampen the symptoms (while causing side-effects of their own). It’s really the shift from seeing schizophrenia as a chronic mental illness to seeing it as a psychiatric disability.

KAF/FPR: How does it compare with current treatments in the West?

KN: The same recovery-based movement is visible in the United States as well, but it’s made considerably more difficult because of our lack of a good social welfare network and universal health coverage. In Japan, people with mental illness can access a living income, housing, and free health care. This makes the Bethel system possible in a way that’s still unimaginable for most in the United States.

KAF/FPR: Is the manifestation of schizophrenia and paranoia filtered by Japanese culture? In other words, do Japanese people with schizophrenia have different symptoms from their American counterparts?

KN: From my experience, not really. But I wasn’t interested in looking at the symptoms or diagnostic category as I was in how the community functioned.

KAF/FPR: What are the three most interesting or unexpected things you learned from Bethel about learning to live with schizophrenia?

KN: The related concepts of “giving up hope” and “a life in decline” were the most difficult for me to grasp. I still struggle to view them positively. Hope is such a powerful motivator and upward mobility such a core element of contemporary society. Given that there is no cure for schizophrenia and many Bethel members die quite young from the side-effects of the illness, comorbid conditions, or the side-effects of medications (prescribed or self-administered), I can see why the philosophy of “a life in decline” is a more realistic prognosis than saying that one could regain one’s position in the rat race of Japanese society. It relieves a great deal of pressure from Bethel members, but still…. I have trouble with the concept that this isn’t just about giving up.

KAF/FPR: I am fascinated by two ideas that you discuss in your book: (1) Community members share what their voices say so that they know they are not alone and can benefit from others’ interpretations. (2) The doctor does not believe in eradicating their illness, but rather facilitates learning to live with the disease. There is no notion of cure.

Are there analogous ideas in other cultures with regard to diseases or syndromes?

KN: (1) Hallucinations and delusions follow regular patterns. UFOs land regularly in Urakawa. Invisible people are quite frequent. But, symptoms of schizophrenia are often episodic, so members can learn to recognize when the symptoms are flaring up in other members, and then apply that self-understanding to themselves. The Doctor likes to say that Bethel members are the main experts in (“on,” or is this on purpose? Note sure about the right grammar: They are experts in themselves (their own background and history) and their own particular symptoms) themselves. This is quite contrary to most clinicians who believe that people with schizophrenia have low self-awareness. Insight is possible if the appropriate social conditions are created. (2) One parallel is between the shift from understanding deafness as an auditory condition to deafness as a culture.

KAF/FPR: The head psychiatrist seems very charismatic and the community itself is quite insular. What ideas about mental illness or methods of treatment might carry over to the United States?

KN: The close working relationship between the hospital, the town social workers, and the Bethel organization is quite unique, even in Japan. Still, even though the social welfare system is fraying in Japan because of the prolonged recession, there are enough services to make something like Bethel still function.

I’m quite pessimistic about the future of mental health care in the United States. Most proposals for mental health reform have followed mass shooting incidents, and have thus focused on greater surveillance and institutionalization, not for improved treatment in community-based programs. There are, and have been, experimental programs in community-based care in the United States, but they have been under attack by fiscal conservatives.

KAF/FPR: What is your greatest hope for the influence of your book and films?

KAF/FPR: How have you changed as a result of your study of Bethel?

KN: I’m half a decade older and my body and mind are definitely in decline (smile). I’ve learned to accept more of myself as I am and not to punish myself for my self-perceived failings. In that regard, I really appreciate the Bethel philosophy. But I am also much sadder. I’ve made many lifelong friendships at Bethel, but some of those people have also died much before their time.

Karen A. Frenkel is a journalist, editor, and author who covers science and technology and their impacts on society.

A trailer for Bethel: Community and Schizophrenia in Northern Japan