CBDMH Blog
You are here: Home / CBDMH Blog / Challenges of Interdisciplinary Research / A Comparison of Epigenetics and the Higgs Boson (Science and the Publ... 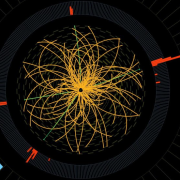 Retweeting before reading is a lazy practice and I really try to avoid it. When I got around to reading the original piece I picked up on the great money quote about football (which reminded my of something Chomsky said years ago re baseball), but I was confused. Dobbs’ first example seemed to refer to genes regulating other genes. The second critical example re his argument involved humans and West-Eberhard’s theory of genetic accommodation in evolution. Crucially,”epigenetics” wasn’t mentioned in David’s original version as a possible precursor mechanism of genetic accommodation  – heritability via this route is still not well understood or supported – adding to the confusion caused by the breathless, sensationalistic style that drew so much criticism. But a rich post-pub review process (see my thread on Facebook’s Neuroanthropology Interest Group page) put us all back on the right track.

It’s tricky to find a “way in” to other people’s science when you’re a professed inter-disciplinarian (read “jack of all trades, master of none”): You start by picking up on the things reputable scientists and science journalists are communicating about in their talks, blogs, and tweets (how they connect to your own interest in, e.g., mental illness) then link to the original papers and struggle through them. Fortunately, over time a kind of synthetic (albeit still relatively shallow) understanding emerges and you are able to dive a little more deeply into the methods, technologies, implicit assumptions, cultures, philosophies, politics, and economies of specific labs, departments, academic institutions, societies, journals, and government funding entities, and so it goes.

Slight, and rather obvious, observations on my part. But compare the muddle generated by the above writing, reaction, rewriting, trying to bridge opposing views, etc. above with the following experience I had in reading a book and listening to a related talk, also created for the general public, about particle physics, which was vastly different in kind and currently represents for me “science” (in the service of addressing a common public misconception) at its best.

To be fair, the search for the Higgs boson reflects a $9 bn project and  “many, many socially able geniuses”  (about 3000 co-authors on average per paper) – from all over the world converging on a single endpoint (discovery of a new particle), i.e., my “comparison” is not a level playing field, but the latter is a very complex subject. Yet Sean Carroll’s book (“The Particle at the End of the Universe“) and related YouTube video beautifully convey knowledge that will profoundly change your understanding of the universe, which is the very definition of  great science writing for the public and deserves much more attention than it gets vis-a-vis epigenetics, which you can now read about in Elle magazine (“Become the Happiest Person You Know”) of all places, and which probably deserves less.

I was so inspired I am posting the “must-see” video below – and I’ve never used that exhortatory phrase more happily/seriously. For busy readers, here is my attempt at the TL-DR version, but best to watch the video. He’s awesome!

Everything you think you know about the universe is wrong. The world is made of fields filling space – electron field, electromagnetic field, quark field, gravity field; most of these vibrating fields are not visible to us. Carroll defines the particles which make up atoms as the tiny part of the universe that you can actually see – to be a little more technical, they represent perturbations of the quantum fields; particles exists at specific locations within fields. At resting state – the minimum energy state, the electromagnetic, quark, etc., fields are at or near zero. But the Higgs field is nonzero, even in empty space. And the massless particles we’re made up of get heavier thanks to the existence of the Higgs field, i.e., the more interactions with the Higgs field, the more mass. Otherwise, electrons, e.g., would just “zoom around at the speed of light.” The Large Hadron Collider, which essentially acts like a giant microscope, has generated data consistent with the existence of a Higgs particle, the Higgs boson, which can only be identified through its decay, but which generates enough of a “bump” in the data  to support the existence of the Higgs field and the emergence of mass.